At the end of July, Foxtrot congratulated the industry on Trade Day and took part in the information panel "Trade of Ukraine: the success of development in the era of total challenges" at the Kyiv National University of Trade and Economics
More than 100 participants took part in the information panel in online and offline format. There were representatives of trade and industrial enterprises, associations, logistics companies, international and domestic business structures, executive authorities, public organizations.

The participants discussed the most critical issues of the development of actual trade – the role of the consumer in trade, the professionalization of education through the eyes of the employer, the practical implementation of digitalization and greening of trade by the leading retailers of Ukraine.

At the meeting of industry representatives, the press secretary of Foxtrot Group of companies Alevtina Demutskaya presented Foxtrot's own experience in the implementation of software registrar of settlement operations and electronic check. 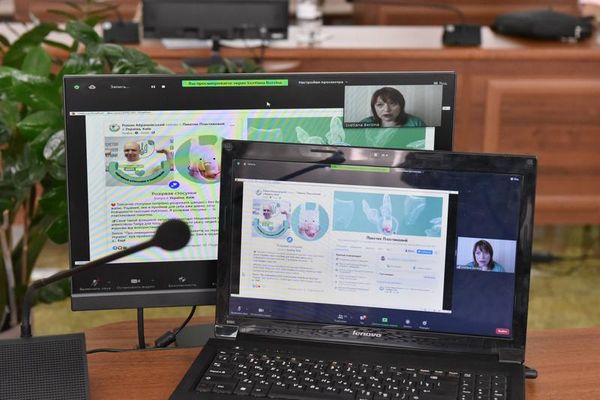 Alevtina reminded the participants how many ordinary things Foxtrot did for the first time in national trade, starting in 1994: he built the first retail network in Ukraine for the sale of electronics, gave the first national TV advertisement about his capabilities, held the first tenders for consumer lending among financial institutions that intended to work in the retail halls. A year ago, Foxtrot was the first to start working with software registrar of settlement operations (cash register in a smartphone) and has already issued more than 1 million electronic receipts. Now the software registrar of settlement operations in the stores of the retail chain works in parallel with the stationary cash registers. The complete replacement of paper checks with electronic ones will take place gradually.

– The transparency of the seller is his competitive advantage,- said Alevtina Demutskaya. – Foxtrot customers always receive a confirmation of purchase in the Foxtrot network with a fiscal check, as required by the law of Ukraine of 2017, which obliges sellers to issue a fiscal receipt when selling complex equipment under warranty, as well as Resolution of the Cabinet of Ministers of Ukraine No. 231, which provides a list of such technics. The transition to software registrar of settlement operations and electronic fiscal receipt is not only a confirmation of the system's transparent policy of the retailer. This is a tool for building customer loyalty to the brand, which not only guarantees him a fiscal receipt, but also gives him a choice – to receive his document in paper or digital format.

The discussion on the digitalization of trade was continued by Yuriy Gavrilechko, co-founder of the analytical center "Ukrainian Factory of Thought".

– We are moving into the digital world and are being faced with new opportunities and limitations,- said Mr. Gavrilechko. – Now the difference between buying online and offline has practically disappeared. Online trading will, of course, grow, but offline stores, especially in the premium segment, will also develop. Even Amazon has started to “build” traditional brick stores. Of course, high-tech, but those in which a person can come and touch and examine the product before buying. 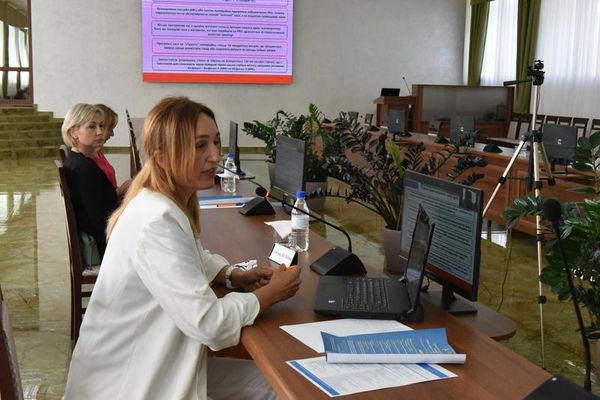 Oleg Tsilvik also took part in information panel. He is Deputy Chairman of the Board of the NGO "Union of Consumers of Ukraine", who spoke about how the European Union builds its policy from the perspective of consumer interests. In Ukraine, the role of a person (consumer) has not yet been estimated, so the government needs to consciously form his loyalty. And Alexander Oksin, store manager of Silpo-FOOD LLC, told how they adhere to the principles of eco-conscious business in his trade network. At the end of the event, Oksana Trubei, the director of the Educational and Scientific Center for Business Stimulation in KNTEU, spoke about the importance of collaboration between business and education.

– During my university years, we were taught two theses. First, trade is the barometer of the economy. Everything that happens in the economy is viewed through the prism of commerce. Second, trade is an art. There is a creativity, there is an art, – said the rector of the university Anatoly Mazaraki, Ukrainian scientist, Doctor of Economics, professor, academician of the Academy of Pedagogical Sciences of Ukraine, Honored Worker of Science and Technology of Ukraine. – But I want to emphasize that the decoration of the industry is people who go to their jobs every day. I really hope that our trade will become a key factor in the economic growth of trade.
Back to news list