Group of companies "Foxtrot" - one of the largest commercial organizations in Ukraine, which works steadily in the economic space of the country and actively influence the development of civil society.

Group of companies "Foxtrot" owns the brends "Foxtrot. Home Appliances","Tekhnoshara "(retail of household and electronic appliances) and" Seconda"(watch retail), as well as «DEPO't Center» and «Fantasy Town» (real estate management at GC "Foxtrot"). In 2008, GC "Foxtrot" has reformed management to improve the efficiency of investments in a business Group projects and to provide them with quality services.

*In 1994, the founders of the retail chain "Foxtrot" established the business of selling consumer electronics, arranging wholesales of these products. Since 1996, the business began development of retail trade - and already in 1997, have become part of the history retail of consumer electronics in Ukraine under the brand name "Foxtrot", developing the distribution network "Foxtrot. Home Appliances".

Valery Makovetskii, head of the Group of companies "Foxtrot" about the history of the brand, "Foxtrot. Home Appliances":

- 90 years - time of hopes, dramatic changes and opportunities, when the businessmen came from engineers and teachers, and it was all for the first time: the first customer, the first advertisement, the first profit, the first error and conclusions. Before each sitting outside on the ruins of the Soviet Union, a citizen of the once great country stood then the question of what to do next? We wanted one thing - to provide ourselves and our families, because then in everyday life there was no elementary things.

But inspired by the successful experience of fellow citizens - began appearing people, who had their own business (cooperatives). I as a graduate of Mining and Metallurgical Institute of Alchevsk had a choice - to make a career at the factory Artem in Kiev or try to start a business. I Chose the second option. 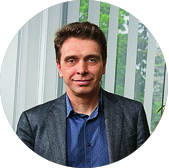 Our mutual business of wholesale of home appliances and electronics began in 1994. Together with partners, we gave the first print advertisement in the Ukrainian publication and we've got buyers from across the country. The next achievement was the use of rail road to send goods to the regions. This know-how was proposed and implemented by my partner Gennady Vykhodtsev, it was amazing thing for that time as an unprecedented logistic: you order merchandise today and next morning your goods are already in your possession.

Together with the experience and knowledge we understood our capabilities: it was time to move on to the next step - to build a large modern trade network. At that time we already had an idea of what to do. Opening the very first store in Kharkiv, together with a local partner Alexander Romaniuk, on the str. Sumskaya in 1996 was the start of development of the retail business. The market was still empty, and the desire to work - huge. Any ambitious and persistent person could be fixed on it. One year later, efforts to move towards the business came to the metropolitan scale: in 1997 the trade mark with chanterelles officially comes to retail - a supermarket in Kiev on the street. Dehtiarivska, 48. 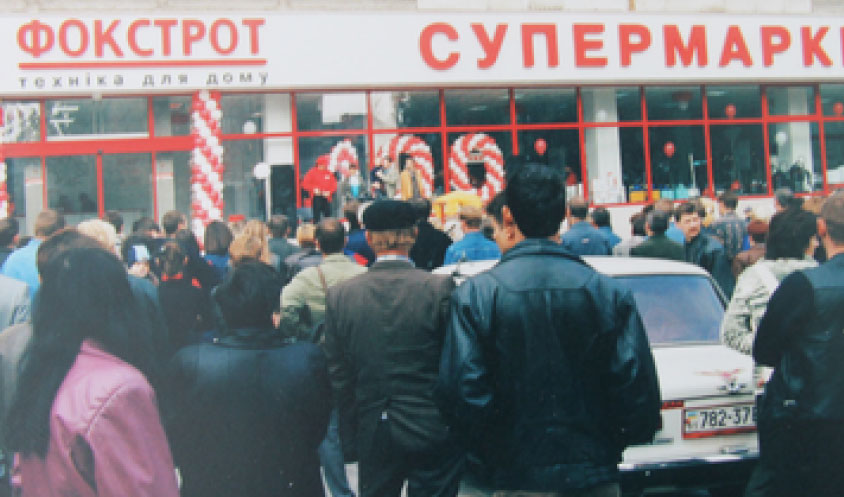 Of course, "Foxtrot" then was different from what we have today. Instead of the office we used an apartment, instead of the warehouses - a metal garage in the yard. We lacked capital and the entire staff of the company was: it is founders, partners and several employees.

We were working 14-15 hours, sometimes 16 hours a day. And yet - we have been very courageous people. I believe that the most important quality that is required at that time is the ability to go forward uncontrollably, instantly make decisions. And only then are ambitions, intelligence, and education, ability to select and motivate staff. 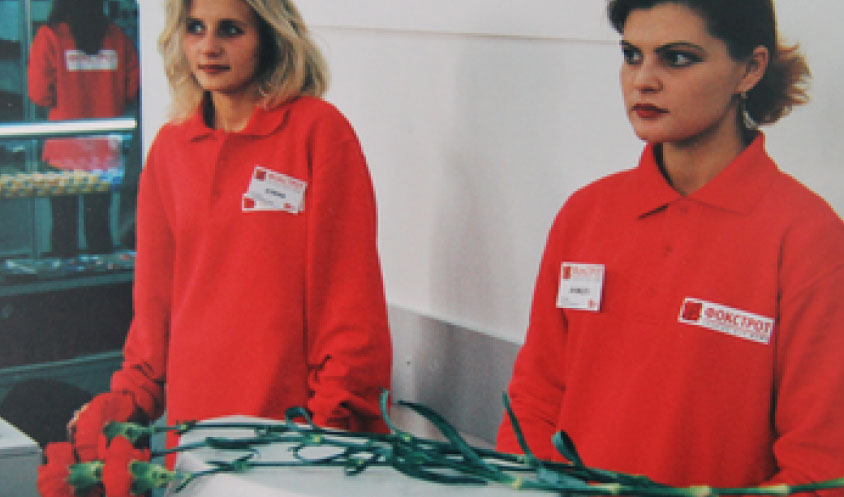 From 1994 to 1997 despite of the two retail stores, "Foxtrot" was still a wholesaler known to a narrow circle of persons. Only by the year 2000, when almost every regional center of Ukraine opened supermarkets of electronics "Foxtrot", we have become recognized.

As of today "Foxtrot" is the largest retailer by number of stores and sales of electronics and appliances in Ukraine and, despite aggressive competitive environment - holds the lead not only in commercial areas, but also in the choice of the Ukrainians.