Why Berdiansk mayor says thanks to Gennadii Vykhodtsev 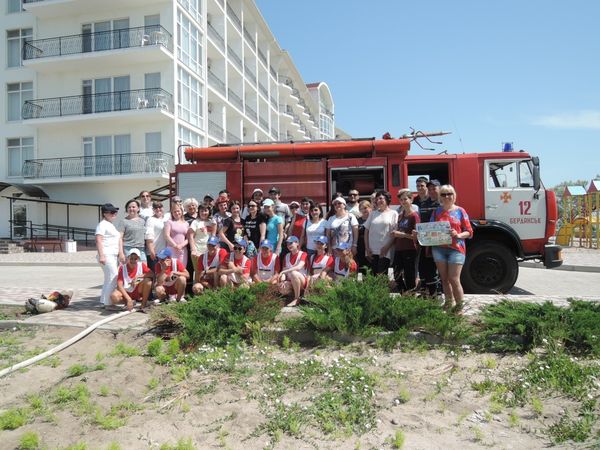 Specialists of the State Emergency Service of Ukraine in Zaporizhzhia Oblast have been cooperating with the mass media for long to promote life safety in the oblast. That is why they have included the All-Ukrainian Civil Defense Quest for Reporters “Create Your Safety Area on Vacation” in the mass media festival. Foxtrot Group of Companies, a long-time partner of the State Emergency Service, was the general partner of the event. 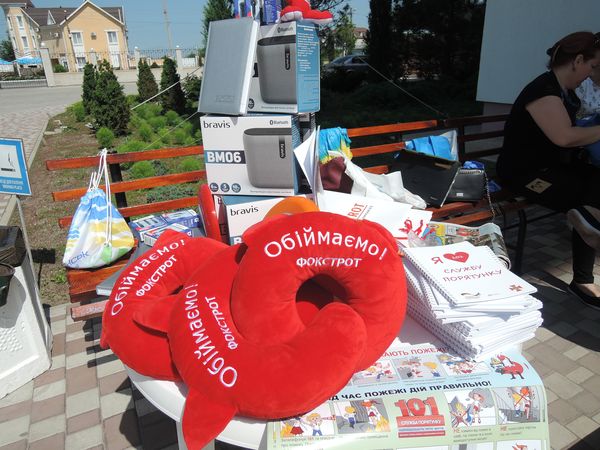 The quest was a part of the social project “Safety School” supervised by Gennadii Vykhodtsev in person since 2010. The reporters were split into two teams. All the participants took part in 7 compulsory stages: life saving, using a fire hose reel, removing an injured person from a chemical contamination area, first aid treatment, and a mental toughness test. The quest judges were children - members of the Junior Fire Brigade at a local school. 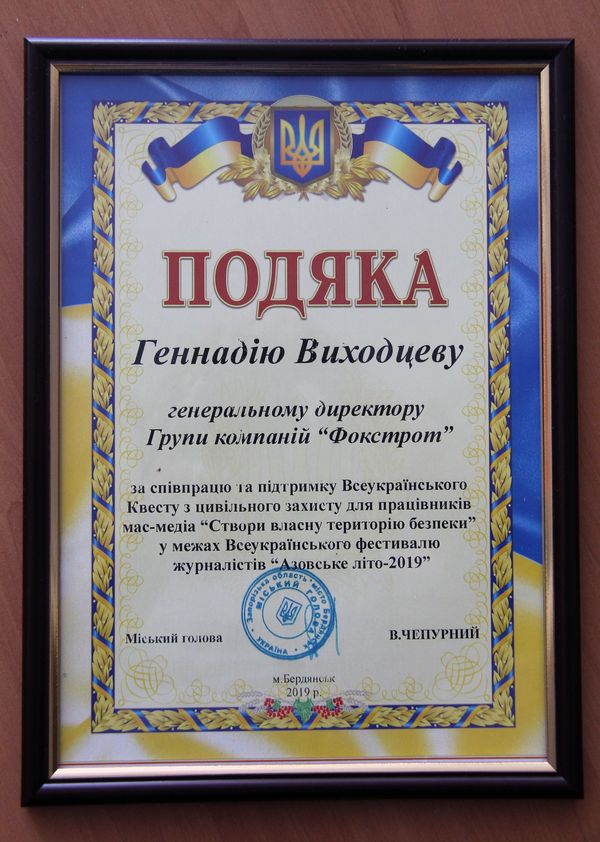 The reporters had an opportunity to improve their survival skills to help themselves survive the situations they may find themselves in occupationally. And Berdiansk mayor V. Chepurniy thanked to CEO of Foxtrot Group of Companies Gennadii Vykhodtsev for assistance in organizing the All-Ukrainian Civil Defense Quest for Reporters “Create Your Safety Area on Vacation”.
Back to news list