30 boxwoods were added to eco-аlley of GK Foxtrot

On 7 November, volunteers working at the Foxtrot group of companies planted 30 boxwood bushes around the main office on Dorohozhytska Street, 1. Seedlings were bought with funding from last used paper collecting.
Office workers on Dorohozhytska Street, 1 handed over used paper three times through the 2019: in April, in July and in October. All collected paper were recycled. It was decided to spend some of the funds on the landscape greening in front of the office.

Eco activists from “The Green Office” gathered during the lunch break on the yard of Dorohozhytska Street, 1. All office workers could join the action. Time-tested “The Green Office” volunteers were at the core of the gardeners. Among them were management company workers, members of brands that develop the Foxtrot group of companies and the partners. Men dug up the holes of the required depth so girls could place there bushes. 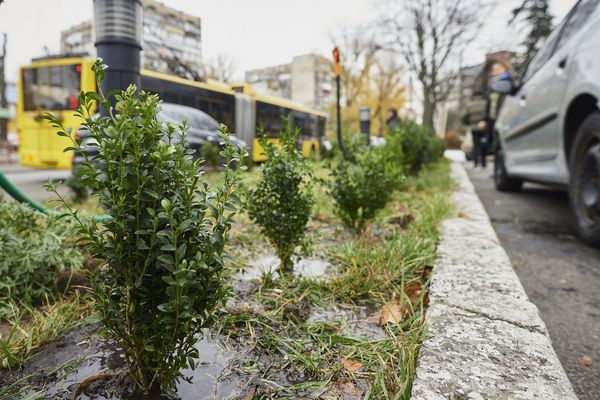 In that way, volunteers from the office on Dorohozhytska Street, 1 working together by planting another 30 boxwood bushes ended the formation of the forward-looking alley made of 60 boxwood bushes.

When all the plants take roots and survive this winter, the next step of the forward-looking alley settlement will be the creation of installation bunch with eco meaning such as forward-looking rest there. 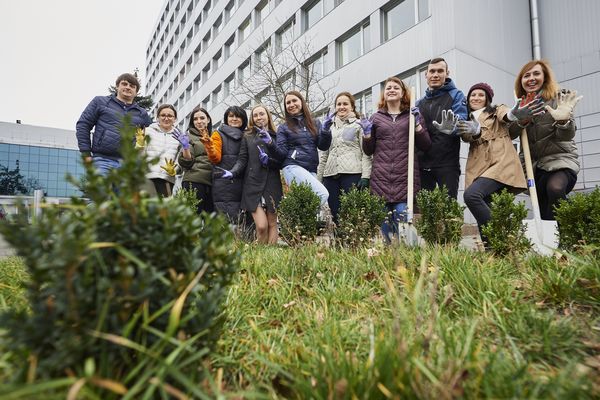 Let us remember that head director of the Foxtrot group of companies Gennadiy Vykhodtsev was the one of the first company volunteers and “The Green Office” founder. Chef always supports any eco staff initiatives and understands economic benefits from green actions.