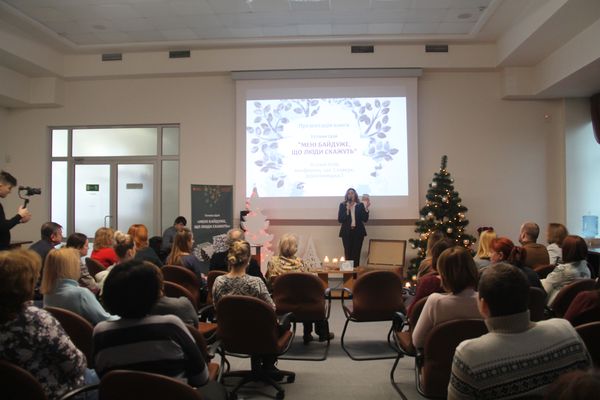 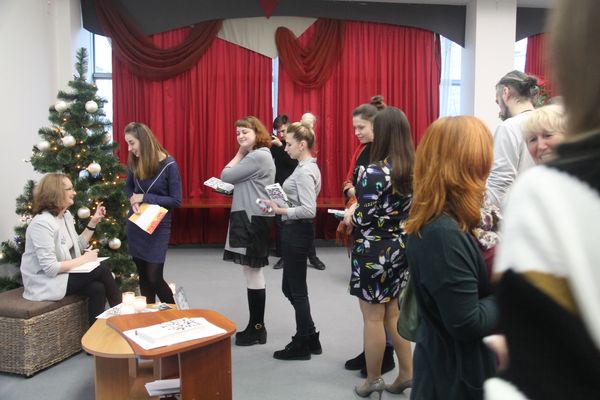 Tatyana Tsoy in gratitude gave the first book examples to the Foxtrot group of companies co-founders Gennadyy Vykhodtsev and Valery Makovetsky and left the first autographs on the flyleaf of her coworkers’ books during her presentation. The authors read the most impressive parts from the story.

The story is mainly autobiography, while it genre is historically autobiographical tale. The photos from the family album accompany the love and life story of the three generations of women. Guests had the ability to see the actual pictures of the story characters – the countryside teacher Lusia, curios girl Orysia and her wise noblewoman granny Kapitaniha.