XXXII International Sports Dance Festival did not take place this spring due to lockdown. It will return in October instead
On October 16 and 17, Kyiv citizens and guests of the capital are invited to join the fest of dance and grace. The Fedorchuk Dance School in Minsk, with the support of the Foxtrot Group of Companies and Gennadii Vykhodtsev, invited Ukrainian and foreign athletes to a two-day competition in the Latin American and European sports dance program. The two-day competitions will take place in the capital's exhibition center "ACCO International" (Victory Avenue, 40-B)

Valentyna Fedorchuk, the international competition “Parade of hope” founder, the chairman of the panel of judges of the Sports Dance Association in Ukraine, the honored coach of Ukraine, said: “Required condition for all Kyiv residents, who will visit the competition, is to wear the mask. The exception is athletes who compete directly on the dance floor. " The Parade of Hopes will feature 300 medals and the Foxtrot Cup, which has been unchanged for 19 years, for the best performance of the dance of the same name as the Foxtrot brand. 19th cup in the history of the tournament, from a well-known network of household and electronic gadgets is unique: only at the Parade of Hopes athletes repeatedly go to the floor, performing only one dance – foxtrot. And the judges, having evaluated all the participants for their musicality and rhythm, movement line and technique, will name the best foxtrot performer on this tour. The Foxtrot brand, in turn, celebrates the leader and 4 other best pairs of athletes. Moreover, company won’t leave other participants of the competition without encouraging surprises. 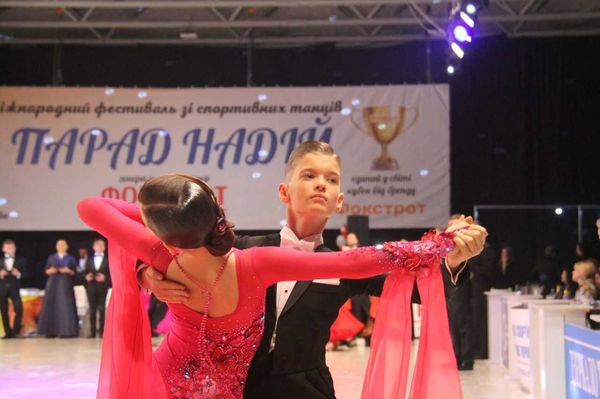 – Every year "Parade of Hopes confirms its high level and status of a real driver of ballroom dance development in Ukraine," Gennady Vykhodtsev commented on the event. He is the CEO of Foxtrot Group of companies, the general partner of the tournament for 19 years. – The parade is a real value that is not influenced by time and obstacles: it is 2 years older than Ukraine's independence, it took place even during financial and political crises. Now the corona crisis is a real challenge for the organizers. I wish you to pass this test with dignity. Light parquet for participants and organizers of the competition!